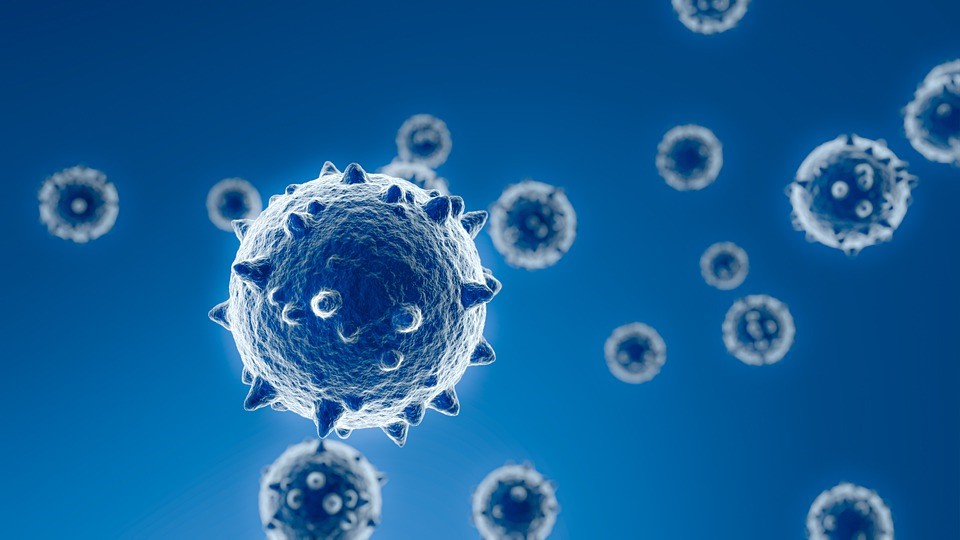 In order to better understand this historic decline across asset classes, one should keep in mind that we started the year with high valuations and even higher bullish sentiment, which suggests that the markets entered into this bearish period with many portfolios very leveraged and most portfolios largely unhedged.  Indeed, we believe that this positioning deserves much of the blame for the severity of the past month’s decline.  At the time, virtually no one anticipated the far-reaching consequences of the COVID-19 pandemic nor the extraordinary and all-encompassing nature of the decline.  However, that is not to suggest that certain things are not unfolding in a near-textbook fashion, as we will discuss. 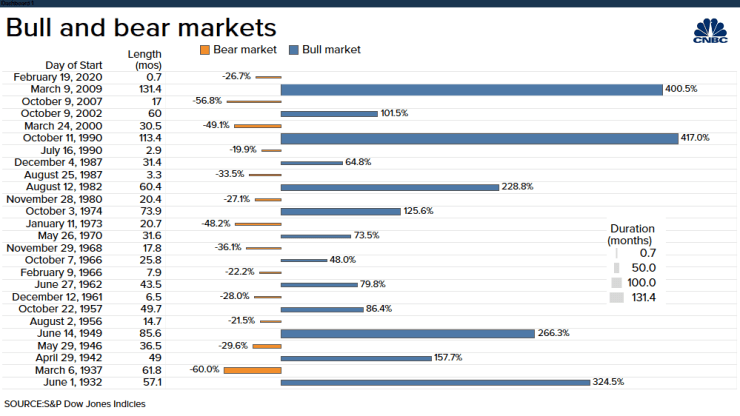 We should start by noting that there are a few things that have made the coronavirus crisis uniquely destructive to portfolio values.  The first is the extraordinary speed of the decline, which has far exceeded any past experience.  The other is the fact that, with the exception of U.S. Government debt, the prices of virtually every financial asset class collapsed in near unison, with some of the worst losses taking place in what have traditionally been among the most conservative/defensive asset classes, such as utility stocks, gold, investment-grade corporate bonds, real estate investment trusts (REITs), blue-chip/dividend-paying stocks, and even municipal bonds.  As the old maxim says, “when you can’t sell what you want, you sell what you can”. 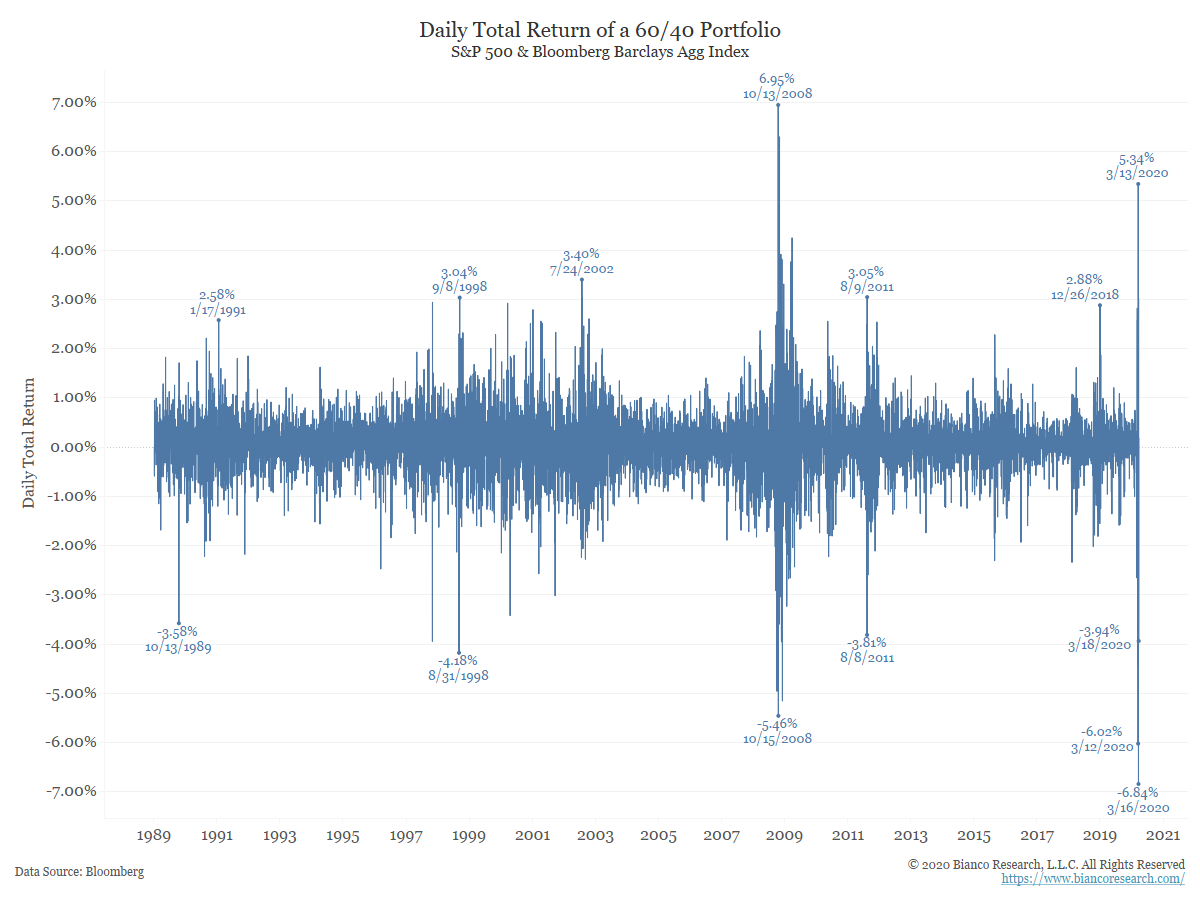 Portfolios designed to weather difficult markets by blending together uncorrelated asset classes (that traditionally trade independently of one another) suddenly found themselves experiencing equity market-levels of volatility and loss, as virtually all asset classes were sold en masse to raise cash.

We attribute part of this near-universal depreciation in financial assets to factors that we believe are both liquidity-driven and temporary, and that will likely be resolved, particularly now that the Fed has promised a new and unlimited quantitative easing program that will be used to purchase an expanded array of financial assets.

No longer will they limit their purchases to Treasury securities and mortgage-backed securities.  They started buying municipal bonds last week and have just announced that the program will now extend to corporate debt.  Fortunately, the Fed has quite a bit of experience with these largely liquidity-driven debt market events, as they have much in common with the early days of the global financial crisis.  That said, the world is awash in debt (a condition destined to get much worse), and many cities and corporations may very well have trouble servicing their debt in the event of any prolonged slowing of the economy.  As such, many of the issues currently facing the credit markets are not likely to be resolved purely by this improvement in market liquidity. 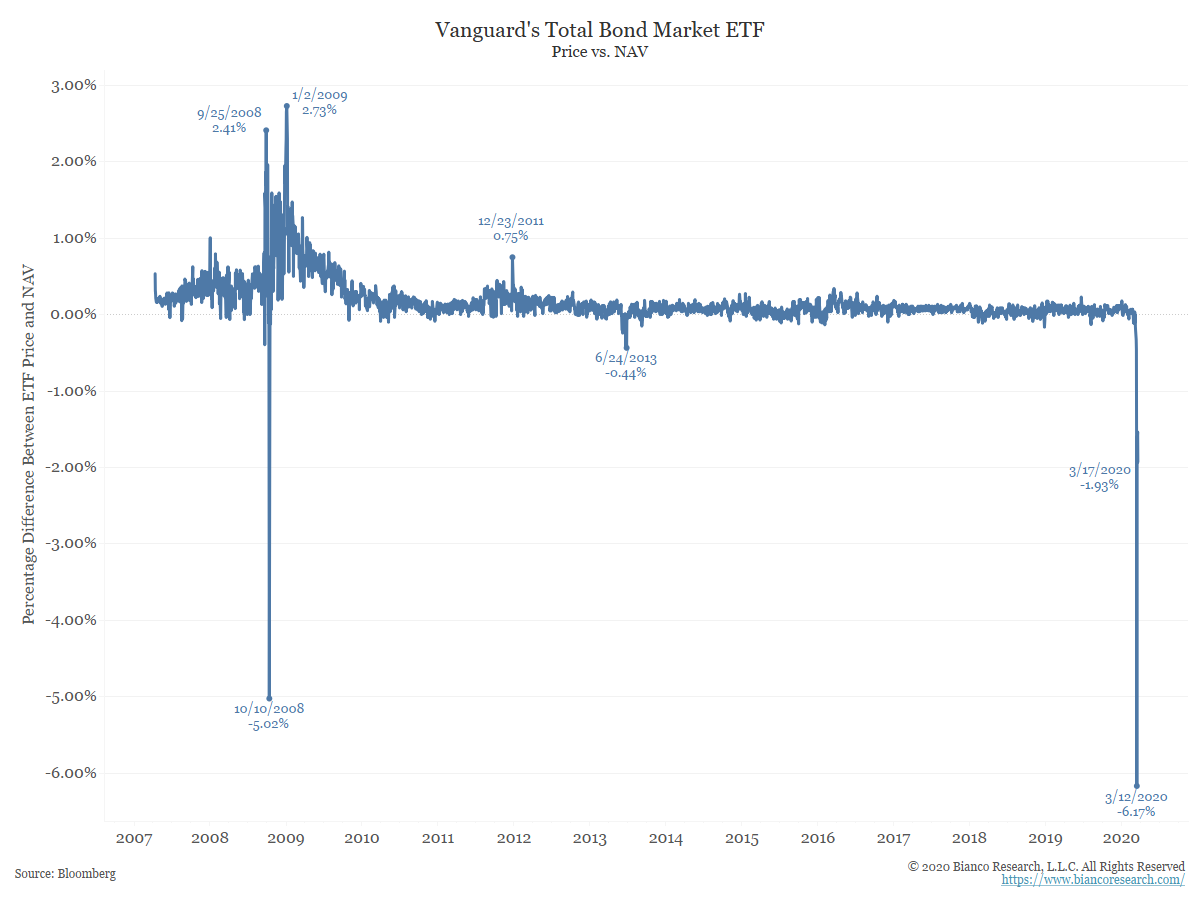 That said, there is evidence that liquidity in the debt markets is even worse now than it was during the worst of the financial crisis, as is evidenced by the massive spread between the share price and the net asset value (the difference between the underlying value per share and what each share is selling for) for the Vanguard Total Bond Market ETF (a proxy for the domestic bond market as a whole).  To reiterate, these liquidity issues are  something that the Fed should ultimately be able to address.

Turning back to the equity markets, while they have declined both far further and faster than we had anticipated, their decline has continued to unfold along the lines outlined in our March 2nd Special Report.  As we had noted at the time, “when faced with great uncertainty (like now), markets tend to almost immediately try to price-in the worst-case scenario, instead of waiting to determine just how bad things are realistically likely to get before reacting”.

We believe that this is exactly what has happened.  Further, we suspect that the markets effectively priced in that perceived worst case scenario about a week ago, when they appeared to transition from a “waterfall decline’ to the start of a potential bottoming process, with less frequent trading halts and the return of two-way risk (i.e. markets trading both up and down). 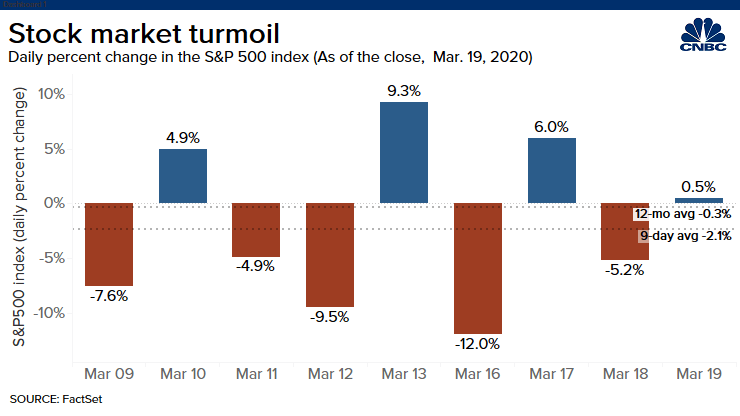 The potential for the stock market to stabilize around the bear market lows of December 2018 (2,348 on the S&P 500), which represents the last time that the markets priced in a recession,  still exists.  However, that potentiality took a hit on Friday, when several pieces of news cast doubt on whether or not the “worst case scenario” recently priced into the markets is actually dire enough, which caused the markets to, at least temporarily, drop below that area of support.

Probably the most impactful of the negative news was Goldman Sachs’ downgrade of second quarter GDP (the size of the economy) from -5% a week ago to a -24% contraction on Friday.  Further “bad news” included new estimates that next Thursday’s first-time jobless claims will jump to as high as 2.5 to 3 million.  The previous record is only 800,000. 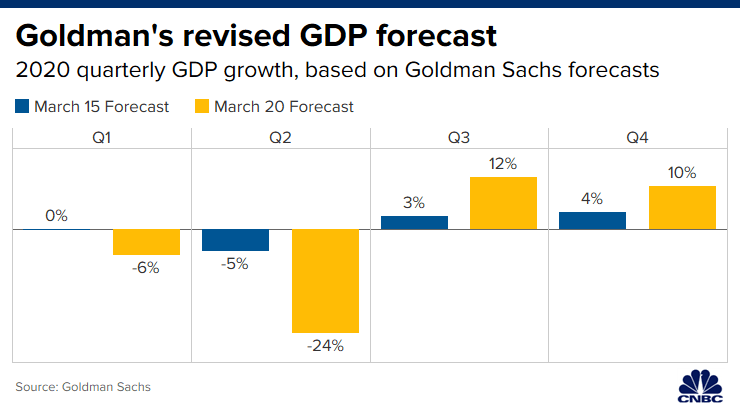 Greatly complicating matters is the ongoing inability of Congress to pass the much-needed coronavirus relief package, and we suspect that the markets will remain under pressure until that package gets passed.  Indeed, don’t be surprised if it is a continued market decline that forces the hand of Congress to pass the legislation. Also disappointing is evidence that Americans are still ignoring the medical risks of this pandemic, which will prolong its duration.  That said, we take some comfort in Winston Churchill’s characterization that “The United States can always be relied upon to do the right thing — having first exhausted all possible alternatives.”

We have no doubt that the news will get much worse before it gets better, but that the prices of financial assets will most likely bottom well in advance of the peak in bad news.  We also believe that such periods of crisis create great potential for investors who can find opportunities in the chaos.  It is perhaps only fitting that the Chinese word for “crisis” consists of two characters, one representing “danger” and the other “opportunity”.  In any event, we view this as an environment likely to strongly favor active managers, who can capitalize on those unique situations, over index funds and passive ETFs.

We think that it is very important to keep in mind one very distinct advantage that this crisis/bear market is likely to have over its predecessors, and that is a somewhat knowable and relatively short duration.  This is very different than any crisis in the last 100 years, because wars, cyclical recessions/depressions, hyper-inflation and financial crises, which have caused virtually all modern bear markets, all have unknowable end-points.  You don’t know how bad they are going to get or how long they are likely to last.  This time, we know that it is going to be bad (and the markets are currently trying to price-in just how bad), but we also have sound reason to believe that it should also be relatively short and, in our opinion, that is what is likely to ultimately make this a unique buying opportunity.

Of note, while Goldman Sachs is expecting a huge second quarter contraction, they are also predicting a massive 12% economic rebound in the third quarter and a further 10% surge in the fourth quarter.  When you consider the impact of a reported $2+ trillion fiscal stimulus package, the scenery on the other side of the canyon should look quite attractive.

This material represents an assessment of the market and economic environment at a specific point in time and is not intended to be a forecast of future events, or a guarantee of future results. Forward-looking statements are subject to certain risks and uncertainties. Actual results, performance, or achievements may differ materially from those expressed or implied. Information is based on data gathered from what we believe are reliable sources. It is not guaranteed as to accuracy, does not purport to be complete and is not intended to be used as a primary basis for investment decisions. It should also not be construed as advice meeting the particular investment needs of any investor.

Nothing contained herein is to be considered a solicitation, research material, an investment recommendation or advice of any kind. The information contained herein may contain information that is subject to change without notice.  Any investments or strategies referenced herein do not take into account the investment objectives, financial situation or particular needs of any specific person. Product suitability must be independently determined for each individual investor.

This document may contain forward-looking statements based on Per Stirling Capital Management’s expectations and projections about the methods by which it expects to invest.  Those statements are sometimes indicated by words such as “expects,” “believes,” “will” and similar expressions.  In addition, any statements that refer to expectations, projections or characterizations of future events or circumstances, including any underlying assumptions, are forward-looking statements.  Such statements are not guarantying future performance and are subject to certain risks, uncertainties and assumptions that are difficult to predict.  Therefore, actual returns could differ materially and adversely from those expressed or implied in any forward-looking statements as a result of various factors. The views and opinions expressed in this article are those of the authors and do not necessarily reflect the views of Per Stirling Capital Management’s independent advisors.

Neither Asset Allocation nor Diversification guarantee a profit or protect against a loss in a declining market.  They are methods used to help manage investment risk.

The Standard & Poor’s 500 (S&P 500®) is a market-capitalization-weighted index of the 500 largest U.S. publicly traded companies.

Past performance is no guarantee of future results.  The investment return and principal value of an investment will fluctuate so that an investor’s shares, when redeemed, may be worth more or less than their original cost. Current performance may be lower or higher than the performance quoted.